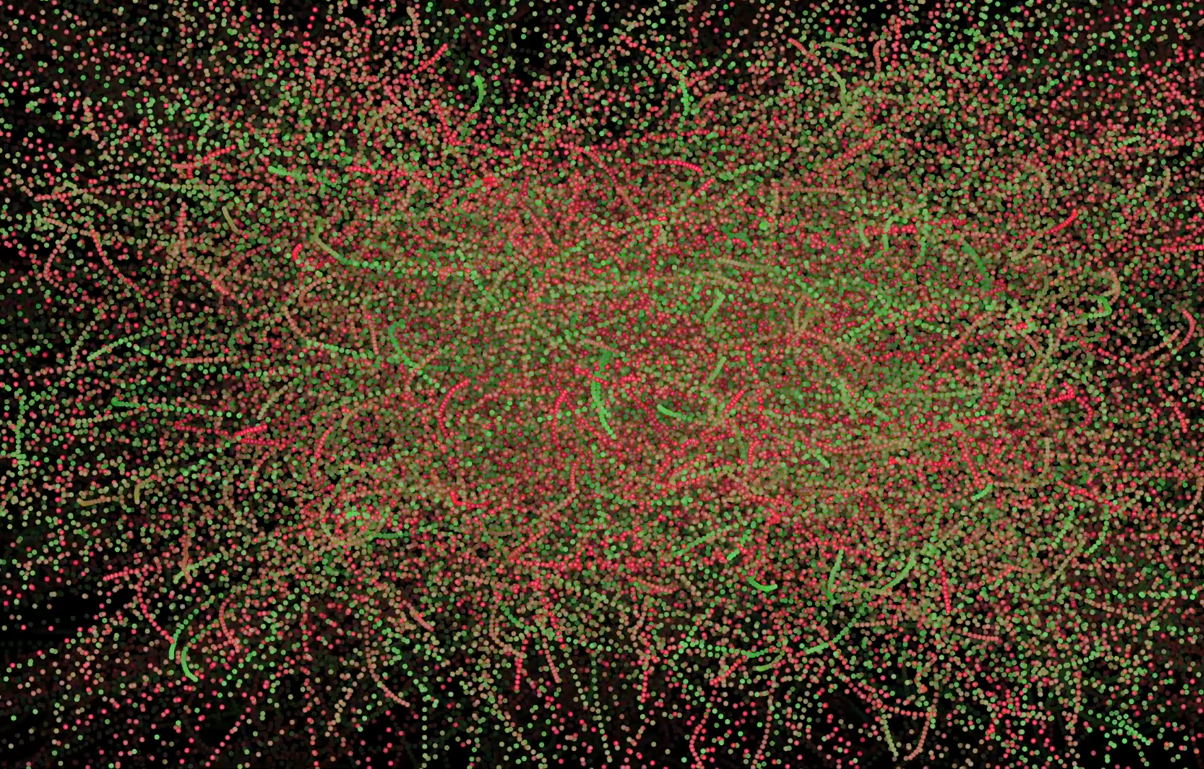 N-body simulation is maybe one of the most advanced data visualizations types out there. The truth is that we’re not talking anymore about visualizing traditional data with a business focus and it goes even beyond data from advanced sources such as vibration analysis.

So, what is an N-body simulation?

An N-body simulation is the visual representation of an “n” (number) of particles that adhere to a type of force that makes them interact with each other. The particles are constantly moving in different directions and within a space of time.

So why is N-body simulation an advanced visualization type?

It is considered an advanced visualization type due to the nature of its application and usage within the research field. For instance, one of its applications is in astrophysics for the simulation of astronomical objects particles, interstellar clouds, and other celestial objects.

What is an N-body Simulation?

In astrophysics, an N-body simulation is a visualization of different particles that are attracted to each other due to gravity and electrostatic forces.

Simply put, the electrostatic force is that contained in particles with an electric charge. (The force or electricity that'll make them attractive to each other).

That is how the purpose of a simulation of the N-body type is to help to visualize the movement that happens between the bodies (particles) in a time frame and that time can be infinite! So, in the case that an N number of bodies or particles meet, these would exchange electrical activity (energy).

Each particle can be the representation of an object within a certain environment (e.g., a universe) and as in a real-life context, these objects can be infinite, there is the complexity of this simulation!

As part of biology and chemistry, this type of simulation is strongly used for the study of large data sets of particles. A particularly demanding field that requires not only a large rendering capacity but interactivity and the highest performance, as suggested by the Institute for Visualization and Interactive Systems of the University of Stuttgart.

Perhaps one of the most important examples of a celestial object simulation is in The Millenium Simulation Project which was able to compute and display input of 10^10 data points (in practice, more than 10 billion data points) of how the dark matter is distributed along in the universe.

Simply put, dark matter refers to an intangible object, something that just cannot be seen but astrophysics do know it exists as they can study the consequences and impacts that it has on other celestial objects. Did you ever imagine how the universe looked like when it was only 5% of its current age?

The next example shows a bunch of galaxies and how they were evolving from the beginning of time throughout billions of years. At the beginning of the visualization, you can see the universe when it was only 5% of its actual age. What you can see at the end of the visualization is a gigantic shockwave that discharges a colossal amount of energy.

Isn't it interesting to see the interaction of particles that can take the form of bigger, e.g., celestial objects?

This example is included in the LightningChart .NET scientific data visualization library for desktop application development. The visualization displays more than 1,000 data points of different particles reacting to artificial forces.

The bodies within the visualization can be of any type of different physical celestial bodies such as stars, planets, black holes, solar systems, or galaxies.

In the simulation, the gravitational force is that one that seems to attract and repel the particles amongst themselves.

As seen, the application of this type of visualization is varied though widely used within astrophysics.

Today, there are only a few open-source and even less commercial solutions that can provide such advanced and technically demanding visualizations types!

Depending on the visualization library or software, N-body simulations might experience the limitation of rendering only thousands of data points instead of millions. This happens due to modern computers using only CPU and not GPU to calculate basic arithmetic operations.

With more powerful processors, more data points could be rendered. 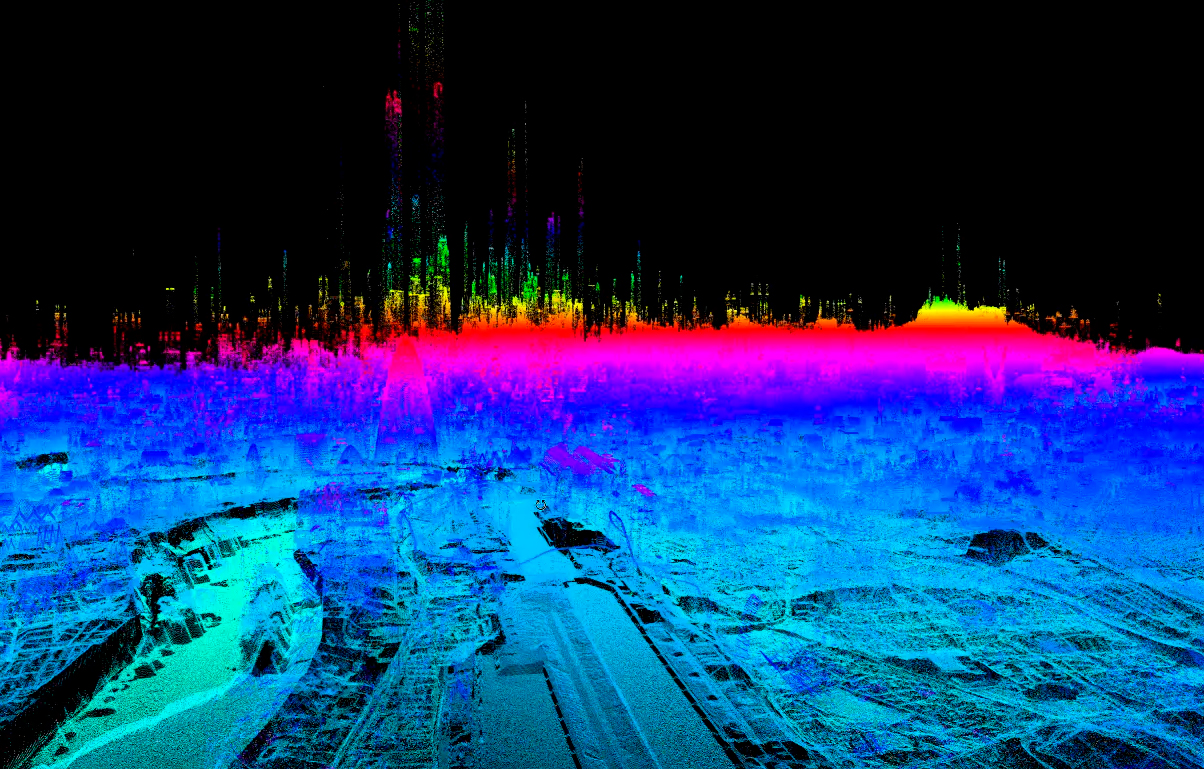 What Is LiDAR Data Visualization? | LightningChart®

The LiDAR method conveys another yet complex level of data visualization as it is widely used in demanding industries that require to plot, e.g., topographic or...